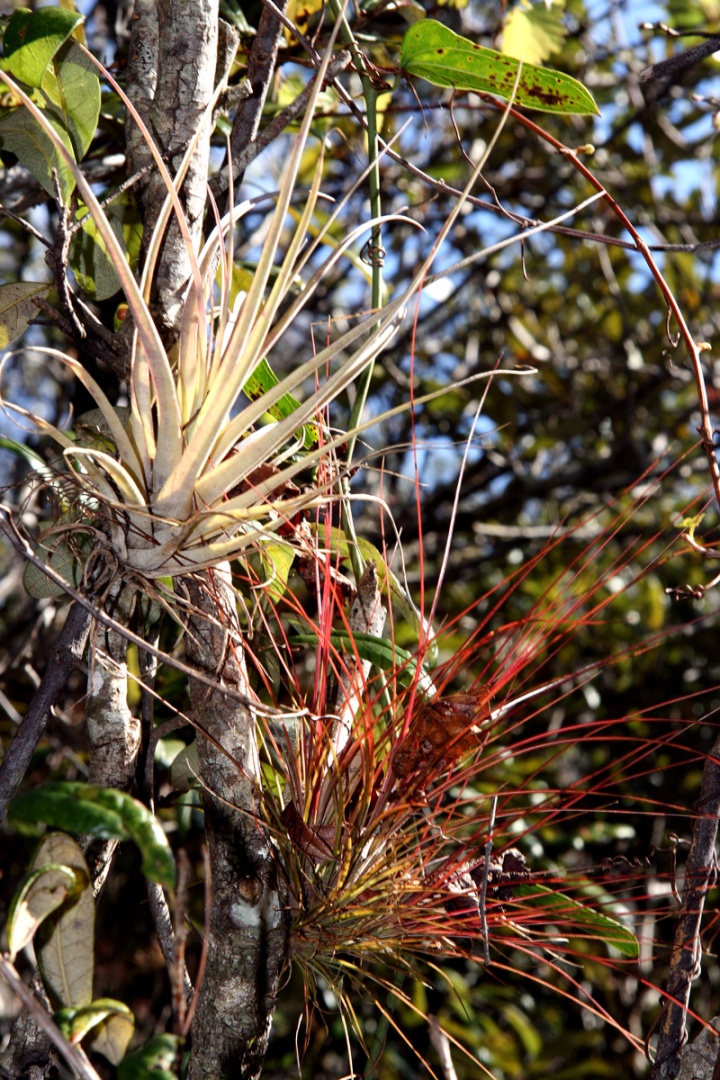 Southern needleleaf (Tillandsia setacea) is an epiphyte that lacks a ‘tank‘ as shown on the red wild pine (Tillandsia fasciculata) in the upper left but has more structure than atmospheric epiphytes like Spanish moss and ball moss. Its knitting needle like leaves sometimes collect leaves liter and other detritus, making it a trashbasket in the trees but not a pond in the sky. 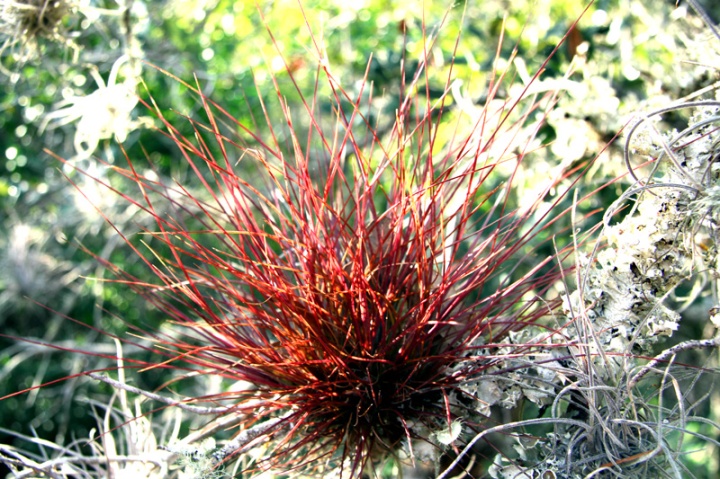 Southern needleleaf blushes as prepares to flower, as shown above, but spends most of the year being green. Its flowers are much more visible than the minuscule flowers of Spanish moss and ball moss. 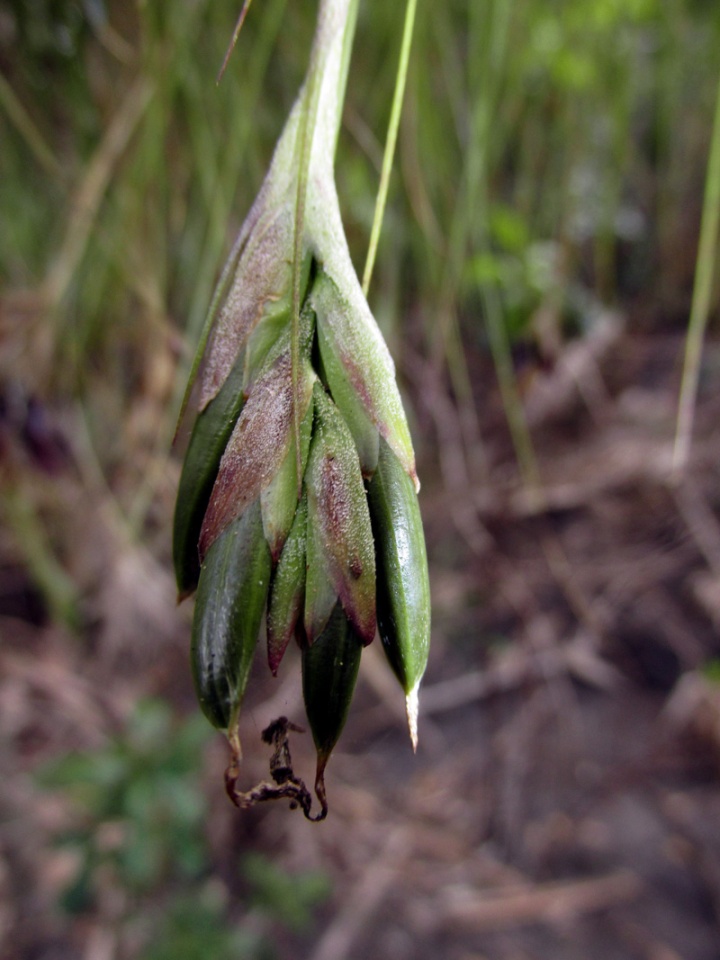 Other common names for this plant include quill-leaf wild pine, needle leaf air plant, and porcupine wild pine. Like ball moss, this epiphyte is found in moist locations throughout Florida and ranges into Georgia. Some epiphytes like red wild pine are tropical and found only in the more tropical parts of Florida. 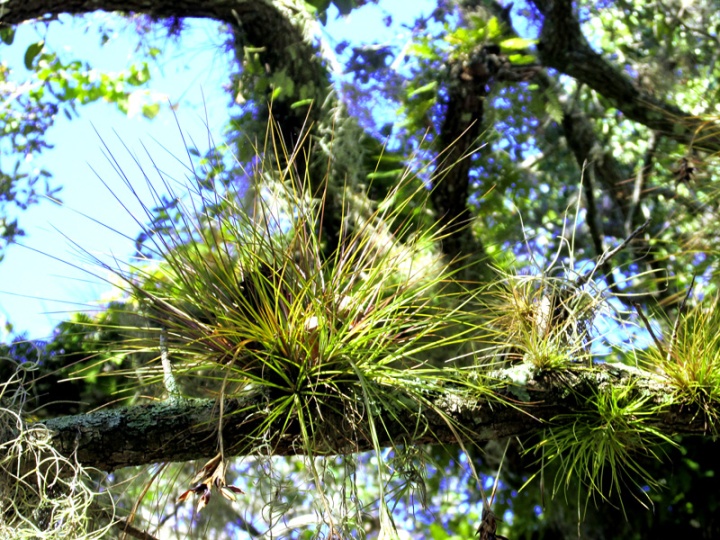