Joe Carroll (Class of Fall 1998) took Bob Bruce and me to Little & “Big” Prange Islands on Father’s Day. Accessible only by boat and purchased for conservation in 1996 by Indian River County, these islands — mostly real and only partially spoil — are located south of the Alma Lee Loy (17th Street) bridge.

Little Prange Island is 6 acres, and Joe and Jim Brewer have been working to control the Brazilian pepper (Schinus terebinthifolious) and carrotwood (Cupaniopsis anacardiodies) on it. Their handiwork is evident in the photo above; You can see the brown swatch of dead Brazilian pepper just behind the mangrove fringe.

“Big” Prange Island is 17 acres and was the homestead of cistern-maker Frederick Prange in the early 1900’s. Concrete vestiges of his dock area and house steps remain. In 2002, Indian River County built a dock, added a few picnic tables, and installed a trail through a tangle of Australian pine (Casuarina sp.), Brazilian pepper, other invasive pest plants, and plants that remain from the old homestead like the night-blooming cactus (Selenicereus sp. ) shown below enveloping the steps.

Little Prange Island, our first stop, is home to many very tropical hammock plants. Quite a few of these cold-sensitive plants are not found at the Oslo Riverfront Conservation Area, as just a few degrees of temperature is significant to the survival of tropical plants. With water on all sides, Prange Island would remain a few degrees warmer than the nearby Oslo Riverfront Conservation Area. Damage from the Christmas Freeze of 1989 (when temperatures fell well below freezing) are still evident on some of the most tropical plants on Prange Island.

Tropical limber caper (Capparis flexusoa), which nimbly climbs through other vegetation, was flowering on Little Prange Island, and, we were early enough to see its waning flowers, which open at night (nocturnal anthesis) and are thought to be pollinated by bats.

Nocturnal anthesis and flowers that project above (or below) the canopy are “universal characteristics of bat flowers“. “Shaving brush” or stamen balls are among the flower shapes preferred by bats.

Also known as bay leaf caper, limber caper is the larval food for the Florida white butterfly (Appais drusilla) and an occasional host plant for the southern white (Ascia monuste).

You can see the resemblance to the related Jamaica caper (Capparis jamaicensis), which also was growing on Prange Island though was not flowering. Jamaica caper has smaller flowers with fewer stamens, grows as a shrub or small tree, and the bottom of its leaves are covered with attractive brown hairs. Jamaica caper has been planted in the landscape at the (Pelican Island) Audubon House. Neither of these “capers” grow at the Oslo Riverfront Conservation Area.

The view from “Big” Prange Island, as we departed, was beautiful … 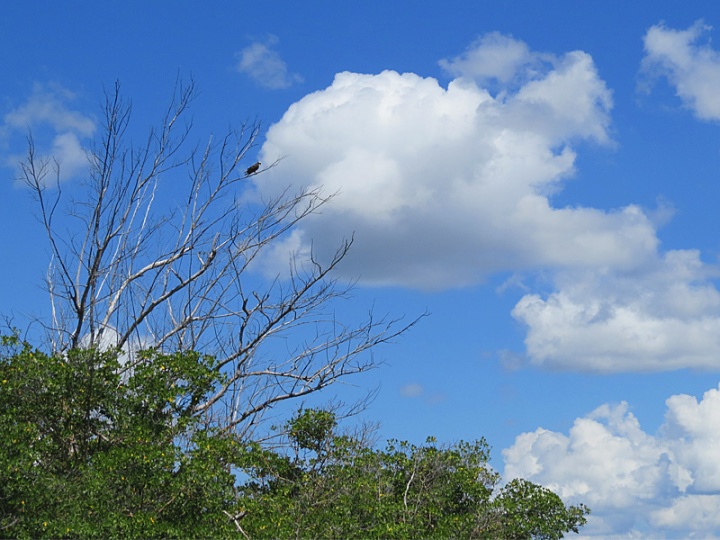 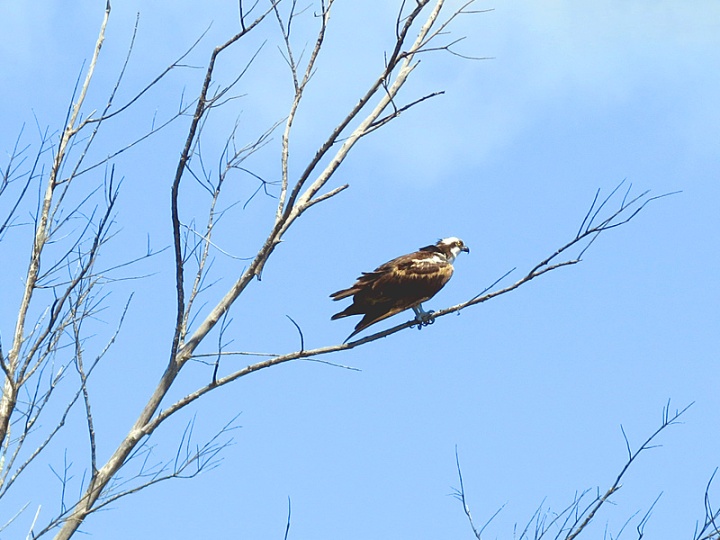